Movies To Watch While You Are In Quarantine

Movies To Watch While Your Are In Quarantine

"500 Days Of Summer" it's not a love story. It's a story about love. This movie explains to us about the deep and complex relationship between Tom and Summer. How they both go

through a tough time in their relationship to understand the deeper meaning of love, life, and themselves. The film was first released in theatres on 17th July 2009. Joseph Gordon-Levitt plays the role of Tom, and Zooey Deschanel plays the part of Summer.

Marc Webb directs the movie. The film also received many awards, and it's considered one of the best romantic films out there.

If you are looking for a Sci-fi movie to watch look no more further "Interstellar" is one of the best sci-fi, adventure movie which was released on 7th November 2014. This movie is directed by Christopher Nolan (who is considered one of the best directors in Hollywood).

The movie takes place in the future where crops are getting blight, and dust bowl is making our planet uninhabitable. So to find a new home for humankind, NASA pilot Cooper (which is played by Matthew McConaughey) and a team of researchers send through the wormhole and across the galaxy to find out which of three planets could be humanity's new home. The production budget of this movie was $165 million, and it earned $677.5 million worldwide.

"Parasite" is a Korean movie which is directed by Bong Joon-ho. This is considered as a masterpiece of Korean cinema; This movie shows us the dark reality of our world a difference between lower case and upper cast. Besides the plot, the other things which make this movie so enjoyable uniquely are cinematography and storytelling. This movie was released on 31st January 2020. This movie won a total of 33 awards. Yes, you heard me right 33 awards. The budget of this movie was $11.4 million, and it earned well over $266.9 million worldwide.

"US" is an American Horror/thriller movie which is directed by Jordan Peele. While they are on vacation in Santa Cruz, the Willson family is attacked by a family of four, and then they realize that family, which is attacking them they are exactly like them. So they try to survive and fight while still finding why all of this is happening with them. The production budget of the movie was $20 million, and it earned over $255.1 million over worldwide. 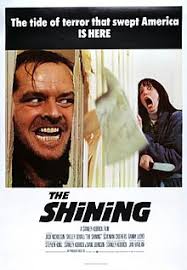 "The Shining" is Horror/Psychological Horror movie which was released on 23rd May 1980. This movie is based on the same-named novel "The Shining," which is written by Stephen King ( He is considered as one the best and wealthiest writer in the world). The plot of the movie is, Jack and his family move into an isolated hotel with a violent past. Living in isolation, Jack begins to lose his sanity, which affects his family members. The budget of the movie was $19 million, and it earned well over $45 million worldwide (which was considered as quite a significant amount in the 80s, especially for a Horror movie. Still, this day it is regarded as one of the best Horror/Psychological Horror movies out there.

"The Endless" is defined as a horror movie. Still, in my opinion, it holds more element then horror majorly it contains more part of Lovecraftian/Cosmic horror (If you do not know about these genres do not worry I will be making a whole article related to this genre cause it is my favorite sub horror genre out there) It was released on 20the June 2018. So the plot is like, Two brothers receive a cryptic video message inspiring them to revisit the UFO death cult they escaped a decade earlier. Hoping to find the closure that they couldn't see as young men, they're forced to reconsider the cult's beliefs when confronted with unexplainable phenomena surrounding the camp. As the members prepare for the coming of a mysterious event, the brother's race to unravel the seemingly impossible truth before their lives become permanently entangled with the cult. There is no correct amount for the budget of this movie, some people say it's budget was very low like under 50k $ but we have accurate box office collection, and it's $957,694.

"A Girl Walks Home Alone at Night" is a Persian Horror/Thriller movie directed by Ana Lily Amirpour, (she also played a role in this movie named Shirin). It was released on 23rd April 2015. The plot is quite simple and straight forward. Residents of a worn-down Iranian city encounter a skateboarding vampire (Sheila Vand) who preys on men who disrespect women. The thing which makes this movie thrilling to watch is Its cinematography and appearance of Persian Symbolism, which you will be able to find in the movie. The budget of the film is unknown, but it was ready to conquer $628,000 in the box office, considering it was a low budget movie.

"Knives Out" is an American Mystery movie directed by Rian Johnson, casting a well-known name like Daniel Craig, Chris Evans, and many others. It was released on 7th September 2019. The plot of the movie is like The circumstances surrounding the death of crime novelist Harlan Thrombey are mysterious, but there's one thing that renowned Detective Benoit Blanc knows for sure- everyone in the wildly dysfunctional Thrombey family is a suspect. Now, Blanc must sift through a web of lies and red herrings to uncover the truth. The movie contains a fun chase of police and a murderer. The budget of the film was $40million, and it grossed $307 million worldwide.

"Joker" is a Drama, Crime/Psychological movie. It is directed by Todd Phillips casting Joaquin Phoenix. It was released on 4th October 2019. This movie takes us on the harsh journey of the Joker how he was just an average person, but the world beat him down, tear him up, and force him to become a villain. The plot of the movie is, Forever alone in a crowd, failed comedian Arthur Fleck seeks connection as he walks the streets of Gotham City. Arthur wears two masks -- the one he paints for his day job as a clown, and the guise he projects in a futile attempt to feel like he's part of the world around him. Isolated, bullied, and disregarded by society, Fleck begins a slow descent into madness as he transforms into the criminal mastermind known as The Joker. The budget of the movie was between $55-70 million, and it grossed $1.074 billion worldwide. (it became the most profitable comic book movie ever).

"Escape from Pretoria" is a Mystery/Thriller movie. It was released on 5th March 2020. This movie is directed by Francis Annan, starring Daniel Radcliffe, Daniel Webber. The plot of the film is like Two white South Africans, imprisoned for working on behalf of the African National Congress (ANC), determined to escape from the notorious white man's `Robben Island', Pretoria Prison. And this movie is based on a true-life story