Hello guys, I know you guys are really excited to know the top 5 most subscribed Indian YouTube channel, and I am here for that. You just have to keep reading for that:

T-Series is one of the most popular Indian music and film production company also known for their Bollywood soundtracks. There is no one owner of this channel; instead, two persons are owners of T-Series, and they are Gulshan Kumar and Bhushan Kumar.

Till now date this YouTube channel had 170 million subscribers and around 14K videos uploaded on it. The born date of this channel is March 13, 2006. This channel achieves great success in this industry within the last few years. One of the best things about this channel is that it has a great audience, which is 140 billion views till now date.

Once your track is uploaded to this channel, then I am sure that it is passing away to every corner of India. All the music lovers who believe in the magic of music can join the T-Series with the given link:

Set India is one of the most popular India's reality TV shows channel. This channel is owned by Sony Pictures Network of India and has 94.2 million subscribers and 47K videos uploaded on it.

It has 76 billion views on it till now date. This channel was started on Sept 21, 2006. You can watch here previous episodes of all the Sony tv reality shows.

Check out the link for this channel: https://www.youtube.com/user/setindia.

This channel is also one of the well-known for India's television media and entertainment.

Zee company is the second biggest entertainment company in India. The owner of this channel is Anurag bedi. This channel has 67.9 million subscribers with 33 billion views in it.

Zee is amongst the largest producer of Hindi programs in the world with a huge library of housing over 222000 hours of television content with a total viewership of 1billion plus people around the world. Channel link: https://www.youtube.com/user/zeemusiccompany

It is also one of the entertainment industry in India. The owner of this channel is Essel group comprised of Sanjay Badgamia, Vasant Parekh, and Ashok Kothari, and this channel had 56 million subscribers and 97K videos uploaded on it. This channel was started on 11 Dec 2005, and have 58 billion views till now date. 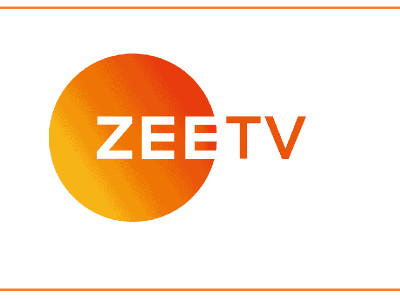 Aaj Tak is one of the biggest and oldest news channels in India. Aaj Tak broadcasting covers all the latest news in Politics, Entertainment, Bollywood, Business, and Sports. It is also done online streaming on their YouTube channel.

This channel is owned by a Living media company and had 44.1 million subscribers with 122K videos uploaded on it. This YouTube channel is launched on 27 August 2009 and has more than 14 billion views till now date. Aak tak also launched their first High definition. Aaj Tak has many sister channels along with it they are India Today, Tez, and Dili Aaj Tak. So if you want to stay updated on what you are waiting for, join the links below for this channel:

Does any of your favorites. Let us know who it is and why you love them in the comments.